If you manage originators in a depository, have you considered if this will impact you and if so how?  How about recruiters for non-depositories? Will bank or credit union originators, want to move?  Will non-depository lenders start to aggressively recruit?  Should depositories empower their originators NOW to get ahead of it?

Time will tell. One thing is sure; opportunities for movement are coming!

I know, one more thing to worry about, thanks Deb!  Banks, lenders and brokers are currently adjusting staffing and production goals for higher rates, low housing inventory and a dried-up refinance market, not to mention fintech!  I think it is safe to say, all origination channels will face challenges next year.  Many we don’t have much control over.

However, transitional licensing is something businesses do have some control over and the time to start planning for it.

Since the SAFE Mortgage Licensing Act of 2008 passed, the requirements for state-licensing have somewhat handcuffed registered originators who want to move from depository employers to a non-depository or from one state to another.

In 2015 the NMLS issued responses to transitional licensing. For over ten years, mortgage brokers and lenders have been at a disadvantage in attracting and hiring experienced, but un-licensed MLOs who were registered with federally chartered or insured depository institutions.

In November 16, 2017, House bill H.R. 2948 was introduced: To amend the S.A.F.E. Mortgage Licensing Act of 2008 to provide a temporary license for loan originators transitioning between employers, and for other purposes, was incorporated into Senate bill S. 2155 Economic Growth, Regulatory Relief and Consumer Protection Act and signed into law May 24, 2018.

Title I Section 106 Eliminating barriers to jobs for loan originators

Under the new law, mortgage loan originators will have “temporary authority to originate loans moving from a depository institution to a non-depository institution.”  The new law states, upon becoming employed by a state-licensed mortgage company, registered originators may continue to act as a loan originator (provided certain criteria is met), for 120 days to complete the SAFE Act state-licensing requirements. The effective date was 18 months from enactment, making it November 24, 2019.

So, in theory, a mortgage originator meeting the application and experience requirements can be employed by a depository as a registered originator on Monday and move to non-depository on Tuesday.  Think about that!  That’s pretty, big.  Okay, maybe it’s not quite that fast or simple, but it might as well be.

What to do?  All entities need to start thinking about positive and negative impacts on their business.  It will be here, before we know it.

Will your business be prepared?

Did the CFPB Mandate Education for Bank Originators? 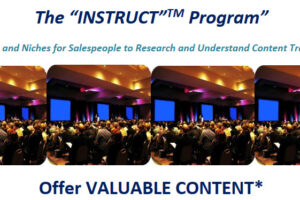 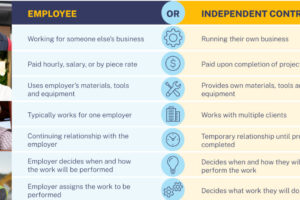